Innovation: The Most Important Word for Organizations

Innovation: The Most Important Word for Organizations 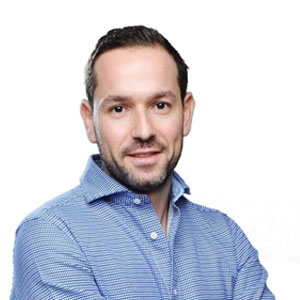 By its nature, innovation is unpredictable, spontaneous, and risky. These characteristics have historically made innovation more common in small, agile startups than large, well-established corporations. After all, the former have far less to lose and fewer internal hoops through which to jump, while the latter have years and years of established processes and procedures, along with shareholder expectations, to fulfill.

"Being afraid of failure is a huge deterrent to innovation"

For a long time, this informal arrangement worked fairly well. Corporations remained profitable by building in-house expertise, solidifying and expanding their supply chains, and making adjacent products and incremental improvements driven by customer requests. Meanwhile, most startups went out of business. However, some of the startups that did survive released world-changing products and made unbelievable profits.

Times have changed. As the recent Ericsson report, “Organizing for Change,” discussed, technological change has lowered the barriers to entry for almost every industry. Incumbents no longer have the advantages they once enjoyed—and as we have seen with Uber, Airbnb, Netflix, and more, it is very possible for a newcomer to gain market dominance in just a few short years.

To stay competitive, larger companies need to make innovation a core tenet of their business. In this paper, we will discuss some of the strategies they can use to become just as disruptive as their startup counterparts.

Disruptive thinking does not happen on demand. Rather than planning for innovation or telling your employees to “be innovative,” you must create the right conditions for innovation, while the ability and means to be experimental will catalyze it organically.

We tend to focus on what we can change within the company to stimulate innovation—but focusing on what is taking place externally has just an equal, if not greater, impact.

According to Michael E. Porter and Scott Stern, researchers from Harvard Business School and the MIT Sloan, innovative output takes place disproportionately in clusters: regions with high concentrations of businesses and organizations in a specific domain.

One of the biggest clusters for technology is located in Silicon Valley. For that reason, any company that is seeking to forge or maintain an innovative edge should have a strong presence there.

The first factor is the availability of high-quality inputs. First, Silicon Valley has a huge amount of human capital. In addition, the Valley benefits from a strong relationship with several top universities, including Stanford and University of California, Berkeley. Lastly, this region has ample risk capital: In 2014, combined venture capital investments in the bay area reached $14.5 billion, or 43 percent of U.S. total investments.

The second attribute is context for firm strategy and rivalry. Porter and Stern explain working near one’s competitors encourages progress and the commercialization of new technologies. There are between 14,000 and 19,000 startups in the Valley, which is at least 3.5 times higher than the U.S. metro average. This leads to impressive innovation: more than 46 percent of California’s patents (and 12.7 percent of America’s) are granted in Silicon Valley.

The third element of the framework is demand conditions, or local customers who consistently push organizations to release new and updated products. Because technology is widely available to many people, “local” has taken on a new context. Nonetheless, pressure from sophisticated consumers drives Silicon Valley companies to continually innovate.

For all of the above reasons, Ericsson invested in a new Santa Clara campus with aim to lead the software innovation.

However, while becoming a physical part the innovation landscape is necessary, it is not sufficient. To truly catalyze innovation, a company must embrace the proper mindset—which means embracing failure.

Being afraid of failure is a huge deterrent to innovation. While this policy keeps success rates high, it also discourages potentially game-changing ideas.

Sassoon told the New York Times in 2008, “… it was filmless photography, so management’s reaction was, ‘that’s cute—but don’t tell anyone about it.”

Rather than fearing failure, it is crucial for companies to reframe it as an opportunity to learn, adapt, improve—and potentially find their next million or billion-dollar product.

To show your team that you are committed to this new attitude, reward employees that take risks whether or not those risks pay off.

For example, in 2005 Intuit started a new site called RockYourRefund.com targeting young tax-payers. The site generated very little business; however, a couple months later, the employees were honored by the chairman of Intuit’s board as  recognition of trying something new.

Traditionally, corporations spend a far longer time bringing products to market than startups do. Corporations are focused on nailing down every strategic detail and perfecting every last feature. Yet along the way, they are missing countless opportunities to see if a need or desire for the product actually exists.

Big businesses need to imitate the “lean methodology” that is so popular among startups today. This methodology advocates constantly running tests to see whether a product is viable.

You can also see this technique at work within Ericsson. Recently, the BUSS department at Ericsson was discussing the scaling potential for a new solution, instead the department switched its focus to finding and running the experiments necessary to see whether or not it could execute the solution at all.

Ultimately, modern technologies have scaling in their DNA but it is important to run tests on a small scale to identify product-market fit.

Forming strategic partnerships is another important component to fostering innovation. These partnerships allow the participants to leverage their combined assets to find and sponsor cutting-edge technologies.

According to Accenture, digital collaboration between large and small businesses is a $1.5 trillion growth opportunity, equivalent to 2.2 percent of global GDP.

In Silicon Valley, where there is a greater density of technology companies and specialists than anywhere else in the form, partnership opportunities abound.

For these reasons, Ericsson has chosen to become involved with Plug and Play, a global innovation platform headquartered in Silicon Valley that has helped more than 2,000 startups raise a cumulative $3.5 billion since 2006. Together, Ericsson and Plug and Play have hosted media and mobile startup expos and meet-ups.

Ericsson has also invested in AT&T Foundry’s innovation centers. These collaborative and quick-moving environments bring together founders, entrepreneurs, scholars, and inventors and have launched more than 200 products to date.

Collaborations dedicated to a specific mission are another good option for corporations seeking to spur innovation.

For example, Ericsson has joined forces with Facebook to build the Innovation Lab on Facebook’s Menlo Park campus. The lab will enable developers to develop applications that work across multiple networks—ultimately helping the next five billion people to use the Internet.

Spin-ins and strategic partnerships are yet another mechanism incumbent can use to “own” innovation, while avoiding the inflexible processes innate to large companies. While established ways of doing things are crucial to keeping multinational companies organized, they also make it very difficult to “move fast and break things.” Hiring the right people, receiving a budget, determining project structure and objectives—all of these tasks take far longer to do as an official branch of the company than an autonomous group. Yet with startups and external groups supplying the agility needed for innovation, large companies can apply the resources, years of expertise, and eventual scaling mechanisms for innovation.

Alternative Technology Solutions: Empowering Customers to Get More ROI from Their Epicor ERP

Unlocking the Value of Connected Cars

Comprehensible Distribution of Training and Information...

The Current Focus is On Comprehensive Solutions

Big Data Analytics and Its Impact on the Supply Chain

Carmax, the Automobile Business with IT at the Core

The CIO's role in rethinking the scope of EPM for...

Transformative Impact On The IT Landscape

Get Ready for an IT Renaissance: Brought to You by Big...

Technology to Leverage and Enable

Speed is the Name of the Game

THE CHALLENGES OF CYBER-PHYSICAL SYSTEM SECURITY

How to Build an Effective Content Strategy Others Will Envy

A Collaborative Approach to Wealth Management

However, if you would like to share the information in this article, you may use the link below: